Researcher in the spotlight 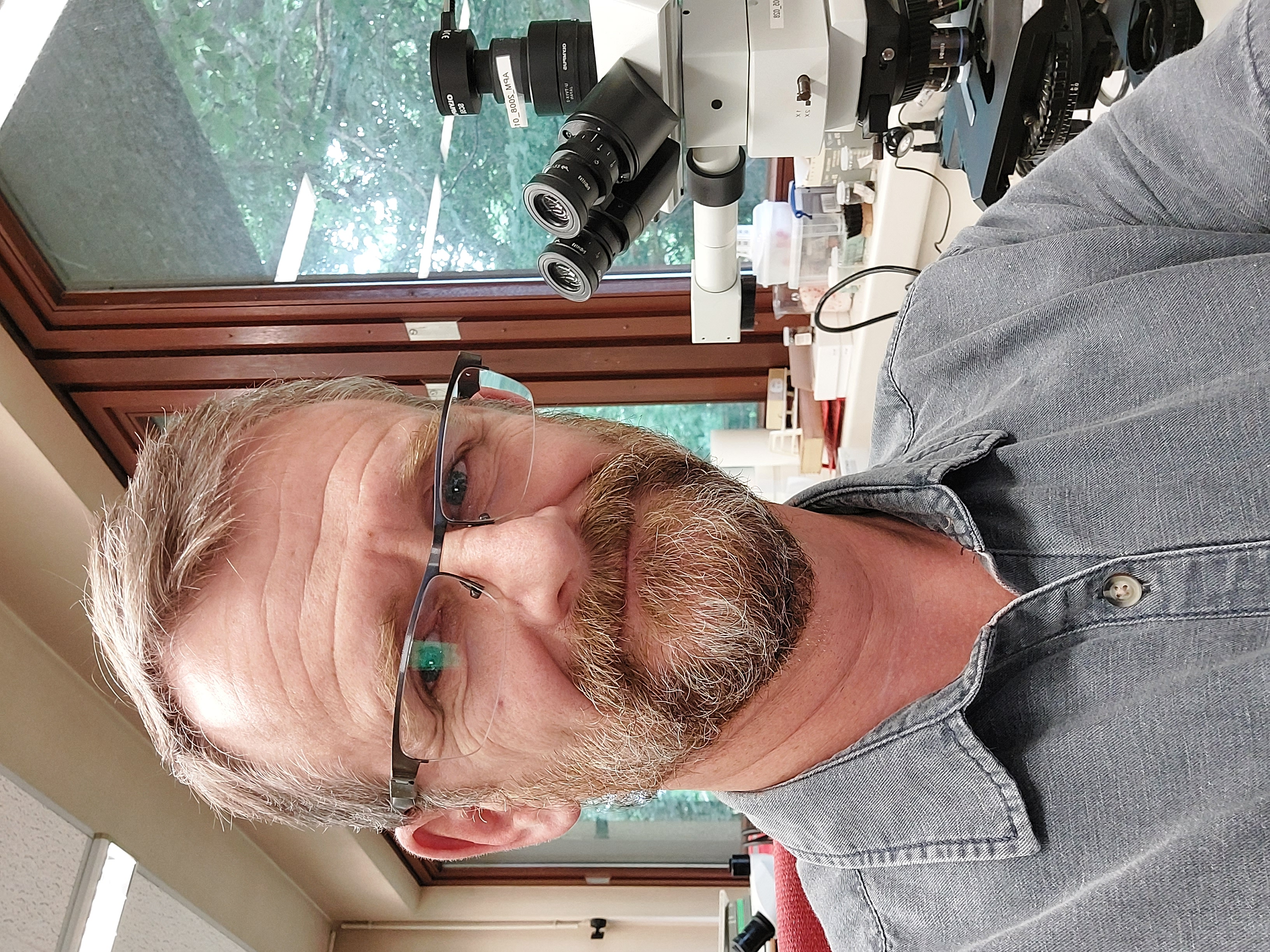 André De Kesel works as a researcher at Meise Botanic Garden. As a mycologist, he carries out both applied and fundamental research on mushrooms and fungi in Belgium and tropical Africa.

Despite a growing awareness of the importance of ecosystem services provided by fungi, knowledge on the diversity of tropical fungi remains poor. André's taxonomic research mainly focuses on the study and description of species that are somehow useful or endangered. Morphological and phylogenetic characteristics are combined to obtain a stable taxonomy. Fungi are a mega-diverse group. As deforestation is a growing problem in Africa, his scientific interest focuses on fungi that live in symbiosis with trees (boletes, chanterelles, milk caps, amanita, russula, ...). In the field, his ethnomycological research has shown that most of these symbiotic fungi are also eaten by the local population. Partly thanks to external funding, he also supervises local PhD students in DR Congo and Bénin. Here, taxonomic knowledge is essential as it enables to better understand and compare ecosystem services provided by fungi and other organisms. This results in contributions in taxonomy, but also in ethnomycology and ecology.

From a more applied perspective, André also focuses on problematic fungi in buildings. Fungi are everywhere, and damp houses are a suitable environment for a whole range of wood fungi. Many of these species are difficult to identify. Because a number of these wood fungi (such as the True dry rot fungus) require specific and expensive treatment, correct identification is essential. Based on microscopic examination of samples, André determines the identity of the wood fungus and a correct control protocol can be implemented or a dispute can be solved.

André studied Biology at the University of Antwerp, taught secondary school for a while and obtained an aggregate at the Free University of Brussels. In January 1990, he started as an intern at Plantentuin Meise and worked in various projects on fungal diversity in Belgium. In 1992, he received a PhD scholarship for a study on the ecology and taxonomy of insect-parasitic fungi. In 1997 he obtained a PhD (University of Antwerp) and started working as a researcher in mycology at Plantentuin Meise. Get to know the projects and publication of André here. You can find more information about André and his research here.

Searching fast and smart at the FRIS Research Portal

This video of VLAIO  (in Dutch) explains by three cases how to search fast and smart at the FRIS Research Portal.

Since long time the Flemish government has been a pioneer in Open Data and now, with FRIS, makes data from scientific research accessible to everyone. By making this data freely available, we resolutely opt for transparency, so that enterprises can realize economic added value. From now on, everyone can work freely with data about publicly funded research in Flanders. The 'open data' are available via the FRIS research portal and via open APIs. Extra description of the FRIS services can you find here. The FRIS-Vademecum (in Dutch) gives information about the FRIS data model, the used attributes and the business rules. In the FRIS Integration Guide you can find all information about the exchange format for data delivery to FRIS. It is mostly compliant with standard CERIF (version 1.5) because of interoperability, but differs in certain aspects. More questions? Feel free to contact us by our contact form.

Your window to research in Flanders

Flanders is a rich source of expertise. Every year there are about 3,000 current research projects and more than 30,000 scientific publications are published. The FRIS Research Portal offers you a unique view of publicly funded research in Flanders. The portal is a source of inspiration for reporting, analysis and statistics. In this way we can improve policy making and respond better to trends in society.

Thanks to a direct integration with the systems of the scientific institutions, FRIS can offer you the most recent data. A change in the database of a research center is immediately implemented on the portal. We are proud that all information about researchers, research groups, publicly funded projects and all publications from 2008 onwards is accessible to everyone.

The FRIS Research portal brings a lot of new features and changes, including a new search functionality that can be triggered from each page on our web-site, and an expertfinder where you can browse through a list of classifications to find an expert in your domain. For a comprehensive look at our new search functionality so far, you may want to check out the search requirements .

Would you like to use our data? That is possible! The Flemish government has the right of use of the FRIS data. They are made available under the Flemish Free Open Data License . For each use, the following source statement must be included: Flemish government - Department of Economy, Science and Innovation. For further information, please contact us here.

By referring in a specific way to the Flemish Open Data License, it would be possible that Google and other search engines know that is being referenced to a license, and that the material is made available under that license. To do this, html must refer to the Open Data License via the "rel = license" attribute in the link to the license. 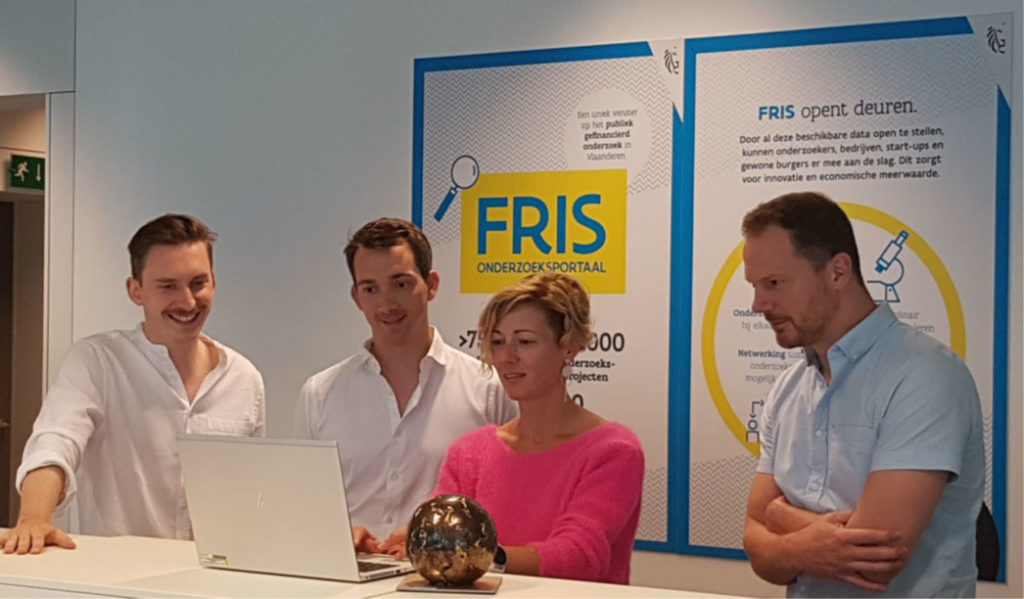 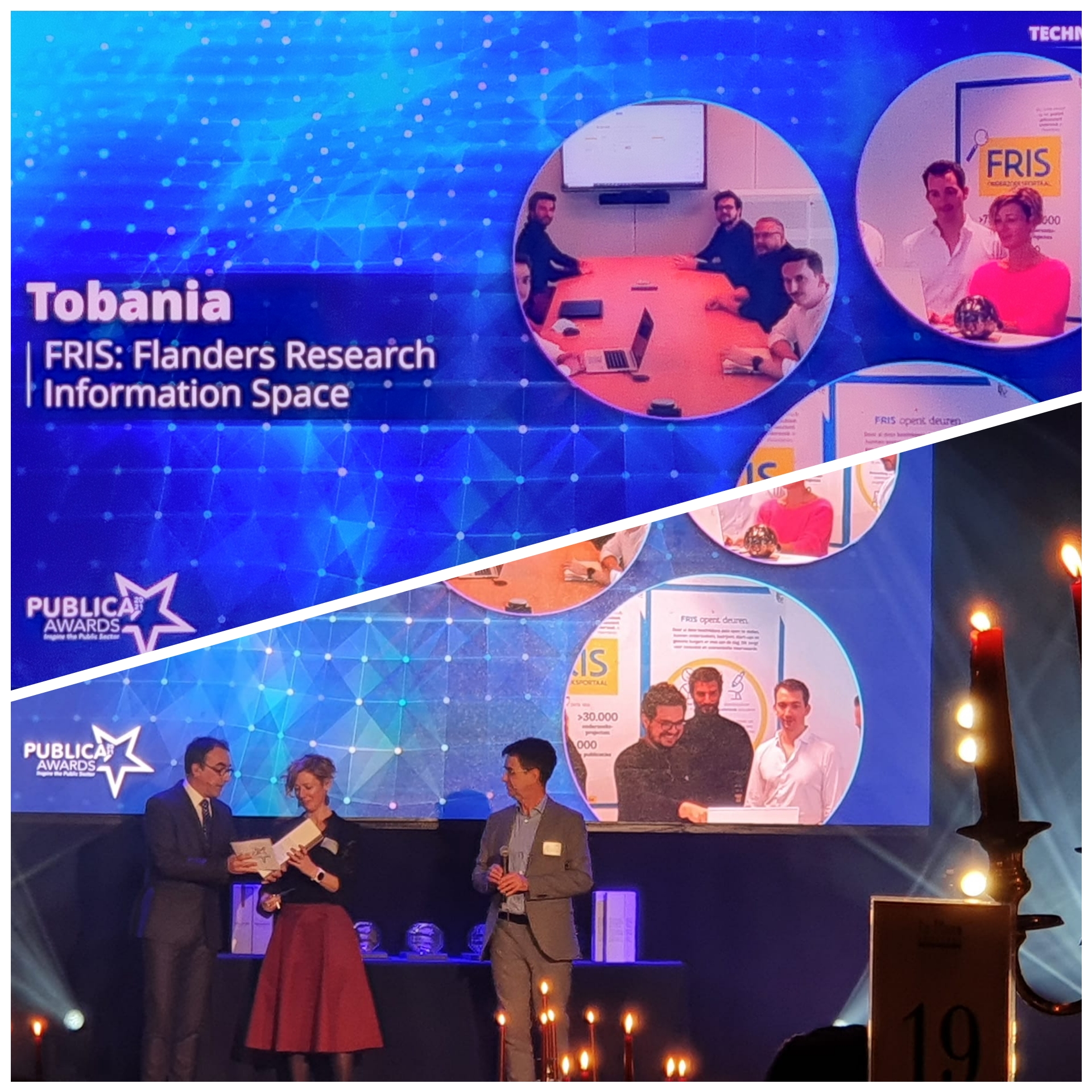 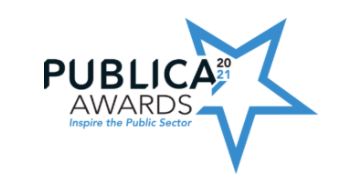 The FRIS Research portal is again a winner! FRIS received a Publica Award in the category "Technology" on 17 March 2022. The jury rewarded FRIS with a third place and praised FRIS as the open data platform that bundles information about all publicly funded research in Flanders. Thank you to all FRIS supporters who voted for us!

How innovative is my PhD application with a specific funder?

Do you want to write a proposal about any specific research and would you like to request a grant at the Research Foundation - Flanders (FWO)? Do you want to know what they have already funded in the past and whether your proposal is innovative? See here how FRIS can help you.

How can I find an expert for my article or interview?

The expert finder allows you to find experts (person or organisation) based on a search through the tree structure of the scientific disciplines in Flanders.

Looking for a Flemish partner to conduct research together? 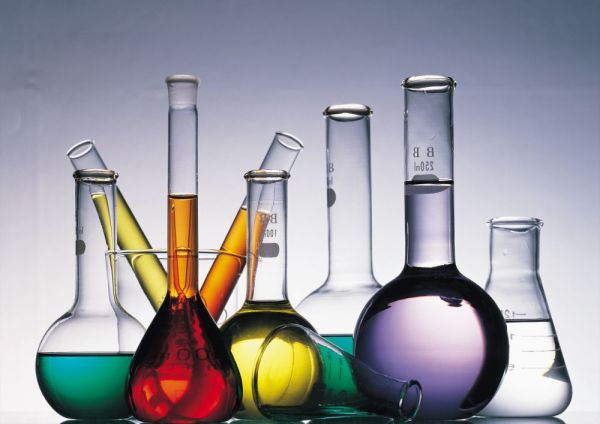 Are you a (foreign) researcher, knowledge institution or company and looking for a Flemish partner to apply together for subsidies? Do you want to develop a strategic alliance as a company via the expertise centers of a Flemish university? Or are you looking for the necessary technology transfer support? Read more…